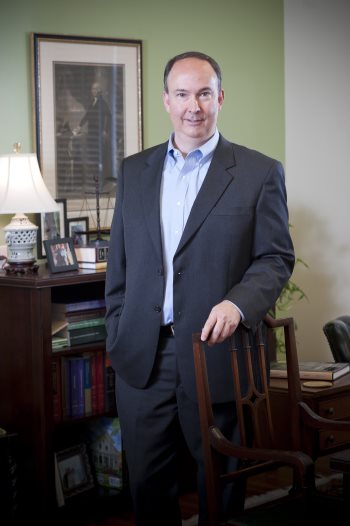 Michael (“Mike”) W. Kitchens has more than twenty-one (21) years practicing as a trial and litigation attorney with some of Atlanta’s largest and most well-respected law firms.  He has successfully handled a dizzying array of cases both with and against some of the nation’s best-known attorneys.  This breadth of experience gives Mike the background and training to provide his clients with exceptional legal representation while finding the best legal solutions for their unique situations.  To maximize his client’s results while providing them with skilled personal service is the goal of The Kitchens Law Firm, LLC.

Whether representing an individual seeking damages for injuries sustained in an automobile collision or representing over one thousand workers exposed to hazardous chemicals, Mike has obtained significant results for his clients.  Every client’s case receives the attention it deserves because Mike recognizes that to his clients, their case is one of the most important events in their life at that moment.  Mike provides his clients with the personal attention they are not likely to receive from the older and larger firms in Atlanta and Athens.  He enjoys getting to know his clients and to understand the goals and objectives they have for their case.  Understanding these objectives, Mike provides them with an explanation of the law and how that law applies to their case.  He works collaboratively with his clients to achieve the best possible results for them.

Another of Mike’s cases receiving significant national and regional attention was the lawsuits which arose after a gunman entered two Atlanta office complexes and murdered more than a dozen individuals and severely wounded more than a dozen others in July 1999.  Mike’s firm was retained by the private security company providing security services for both buildings in which the shootings occurred.  Despite a very difficult and complex factual background to the case, Mike was instrumental in obtaining a decisively favorable outcome for his client.

Large and complex cases, however, are not the only cases on which Mike has devoted his legal training.  He has represented clients in a plethora of automobile and trucking cases.  He has been afforded the opportunity to represent parties on both sides of these cases – both the injured party and the party believed to have caused the injury.  In some of these cases, insurance carriers were his clients.  These experiences have given him the ability to become well acquainted with insurance carriers’ decision-making parameters and thought process in deciding when and how cases should be resolved.  He knows when they are bluffing or low-balling the recovery they offer to you.  As a result, he is uniquely position to use this knowledge and training to maximize your recovery when insurance carriers are involved.

Mike has worked with many of the most highly regarded attorneys in Georgia and across the South, and he maintains a good relationship with those lawyers.  Consequently, if a client comes to Mike with a legal matter which requires the expertise or skill of other counsel, he can either refer his clients to the most highly skilled practitioners in the field or associate them as counsel to ensure that his clients obtain the best representation available to obtain the best results possible.  As a result, if the size or complexity of your case requires the support or backing and support of additional legal counsel, retaining The Kitchens Law Firm, LLC helps to ensure that you have access to the best, brightest, and most experienced legal counsel in Georgia.

Outside of the practice of law, Mike is involved in his church and community.  He serves on several boards in community organizations and is actively involved in legal, historical, and non-profit organizations.  Early Southern architecture has long been a focus of Mike’s attention and interest.  In 2012, he published his first book on early architecture.  His book, Ghosts of Grandeur: Georgia’s Lost Antebellum Homes and Plantations, received national acclaim in 2013 when it was awarded the Benjamin Franklin Award Gold Medal presented by the Independent Book Publishers’ Association as the nation’s best new author in non-fiction.  That same year, the book was awarded the silver medal by the Georgia Writer’s Association as one of the Georgia’s best book on history.    He continues to research and write books on early Southern architecture.  He is scheduled to publish three (3) to four (4) new books in the next 3 years in this genre.

Originally from Valdosta, Georgia, Mike first came to Athens in 1984 to attend the University of Georgia.  He graduated from U.G.A. with a Bachelors of Business Administration in Risk Management and Insurance in 1988.  After spending three (3) years in Atlanta as an insurance broker for Haas & Dodd, he moved to Mississippi to attend law school at the Mississippi College School of Law in 1991, graduating in 1994.  He took and passed the Georgia Bar Exam that same year and immediately accepted an associates position with Long, Weinberg, Ansley & Wheeler, one of Atlanta’s oldest and most respected large firms.  Over the next 20 years, Mike worked with other highly respected Atlanta firms, including Hawkins & Parnell and Kasowitz, Benson, Torres & Friedman, where he spent 13 of the last 21 years.  In 2009, he moved to Athens, but for several years, he commuted from Athens to Atlanta.  Finally, in 2015 Mike left legal practice in Atlanta to establish his own law practice, The Kitchens Law Firm, LLC, in his adopted hometown, Athens.

Mike looks forward to meeting you to determine what your legal rights are in any accident or conflict in which you find yourself.  The first consultation with Mike is always free.  Please contact The Kitchens Law Firm, LLC to schedule your appointment with Mike.